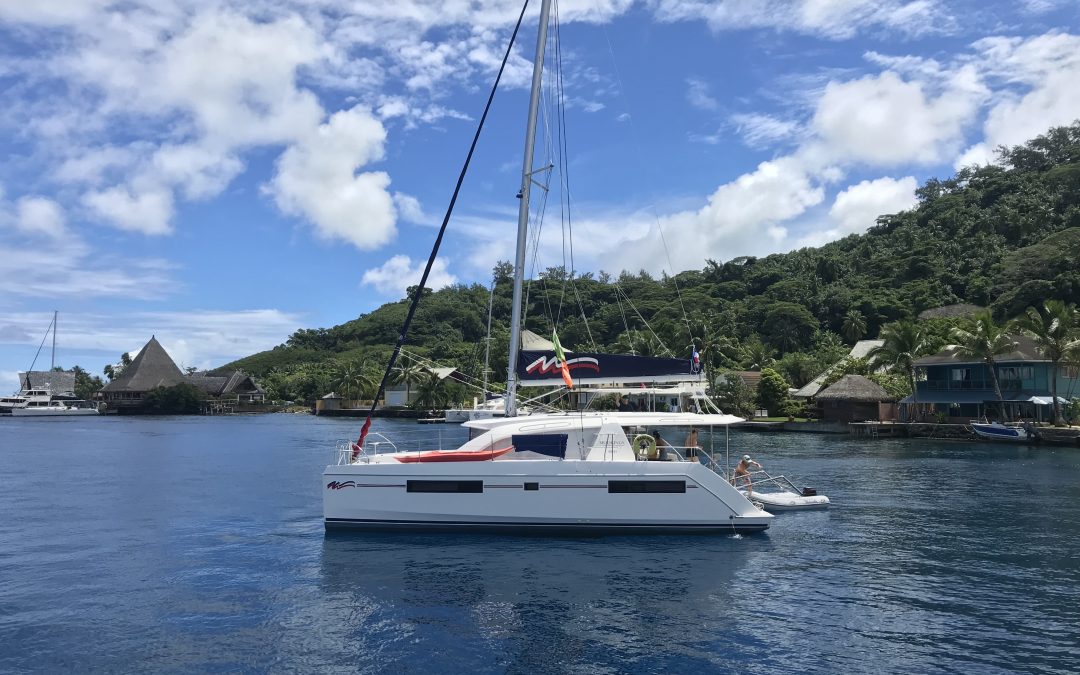 As we find ourselves at the height of busy summer, we have witnessed some bad habits committed by the general boating community. While I was anchored in Glorieta Bay earlier this month, I watched as a lot of boaters struggled to get their anchors set properly on the first attempt. We have covered anchoring in the past but this time we want to focus on the two mistakes I noticed most boats making on this Saturday afternoon.

A boat would approach the anchorage with captain and crew all scanning the water for the best spot to anchor and once decide, they would proceed to that area. Normally this area was surrounded by boats and would have a small plot of water that could just barley accommodate their size boat. Once arrived at the chosen location, the captain would drop the anchor and watch as the boat got closer and closer to other boats as they deployed more chain. The skippers of these boats forgot that as they let out 50-60 feet of chain, they would be drifting nearly that same distance backwards and be missing their mark.

Some of the skippers corrected their mistake and deployed the anchor upwind by another 50-60 feet while others would take up half of their scope and leave themselves prone to “dragging” by now only having 30 feet of chain deployed. Inevitably, we witnessed at least 3 boats dragging anchor that afternoon.

Remember to initially deploy your anchor with enough room downwind to accommodate the amount of scope you plan to deploy!

The next mistake we saw a lot of (often in combination with the first mistake) was skippers applying reverse thrust as they lowered the anchor thinking this would set it into the bottom. While applying reserve is necessary when anchoring for an extended period, it is to be done after you have initially set the anchor using only the boats weight against the wind or current.

The correct order of events should be to pick your target anchoring position and bring the boat to a complete stop with the bow into the wind. At this point (assuming normal San Diego conditions), I will let out 1.5x the water depth and allow the boat to drift downwind until I see the anchor chain start to straighten and the bow come back into the wind (you will often end up slightly left or right of head-to-wind as you drift). After the weight of the boat puts a light strain on the anchor (the chain will straighten) I will continue to pay out chain with a pause every 10-15 seconds to allow the boat to apply more pressure on the anchor and start to set it into the mud. Repeat this process until you have come to your desired scope ratio (about 4:1 in normal conditions). Pro Tip: Every second the windlass is running you will be letting out close to 1 foot of chain; 30 seconds = 30 feet.

From here I will allow the boat to swing and pull on the anchor from the force of the wind for a minute or two. I am looking for the anchor chain to be at about a 45 degree angle from the bow. Once I know the anchor is holding under the current conditions I will head back to the helm and start applying a light amount of reverse until the chain is stretched out and the boat stops moving backwards. I am now looking at other boats, or the land, to make sure I’m not dragging. After roughly 30 seconds at 1500 rpm’s or so, I am satisfied that the anchor is set and will shift back into neutral and watch as the chain sinks causing the boat to pull forward slightly.

Skippers who were putting the boat into reverse immediately, never gave the anchor a chance to set and simply drug it along the bottom with the force of their engine.

Try these tips out next time and let us know how they worked out! 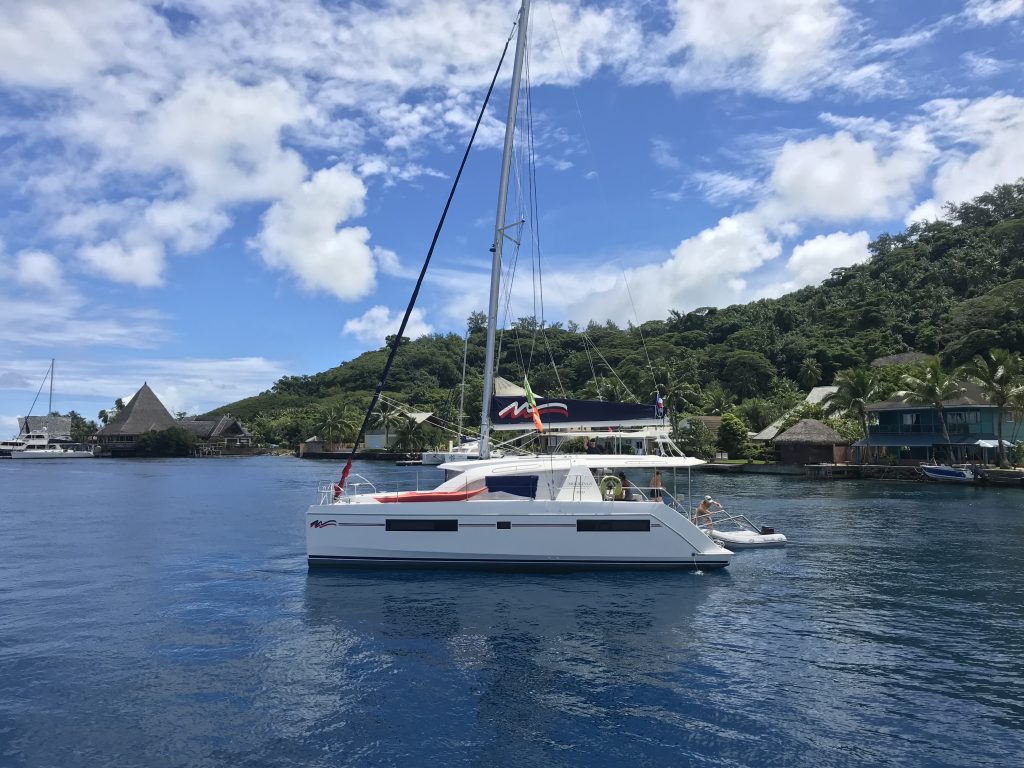 Club Member Chad Anchored Off Bora Bora During the 2019 Flotilla