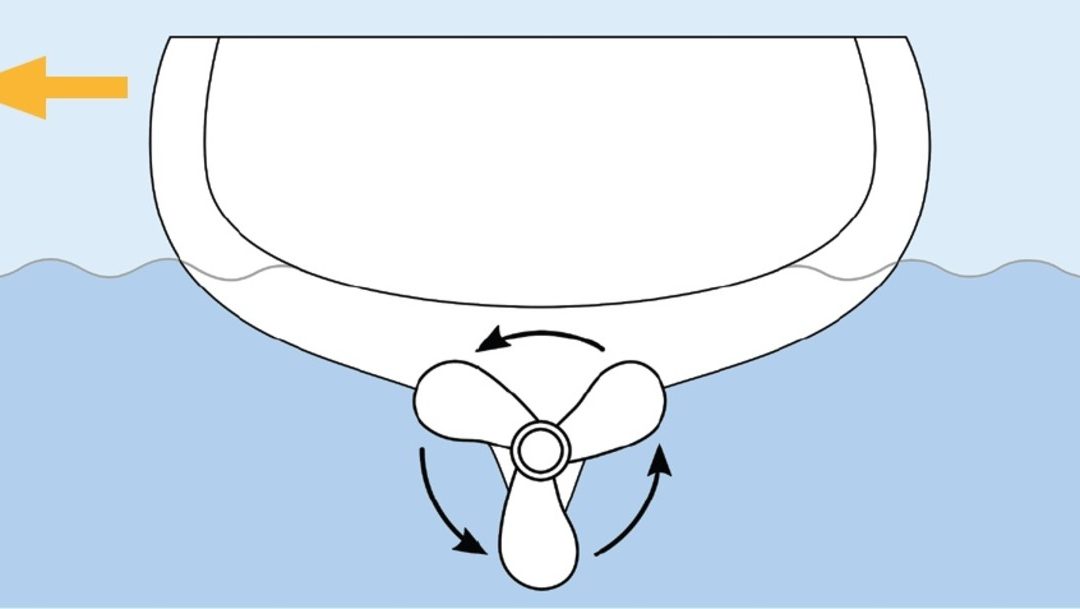 Have you ever pulled out of the slip and wondered why the stern is being pulled to port or starboard as you accelerate? This is called prop walk and it’s due to the rotation of the prop at lower speeds. Let’s try to understand it and learn how to use it to your advantage or how to combat it if it’s pulling you the wrong direction.
Assuming you have light wind and no current, a boat will be most affected by the turning of the prop while at lower speeds and we see this most often when backing out of the slip. Traditionally, most propellers are right handed meaning they turn clockwise when in forward and counter clockwise in reverse… but this is starting to change with the more common saildrive engines you see on new Beneteaus. It’s important to know the direction of your prop so don’t hesitate to ask the dock master before leaving the slip!
Let’s assume you’re on a HS boat in an upwind slip (on your right as you walk down the 500 dock) with a right handed prop. In this scenario, you’ll want to back out of the slip while turning the bow to starboard and pull forward out of the fairway. Since you have a right handed prop, naturally the stern will swing the correct direction making this a very easy maneuver with little rudder angle needed to turn the boat. But what if you’re on the other side of the dock? In this case the prop walk is working against you…
In order to combat the prop walk in this case, we teach students to use more rudder angle and to shift the boat into neutral (after initially gaining speed) in order to stop the prop and allow the rudder to “bite” and turn the boat. This is a more skilled docking that takes some practice but it’s amazing to see the boat turn once the prop stops spinning. It’s vital to gain speed before shifting into neutral otherwise the boat wont have any speed and will not turn (like a parked car turning its wheels… it just won’t work). Ask the dock master to do a docking with you next time you’re at the club to test this out!
As you become more familiar with prop walk, you can use it to come along side docks to bring the stern closer or further away from the dock and you can even use it to back off the dock with ease. This is a good trick at the pump out or fuel dock when the wind is pushing you against the dock! 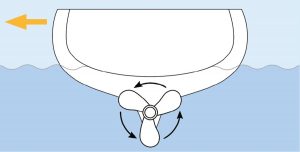