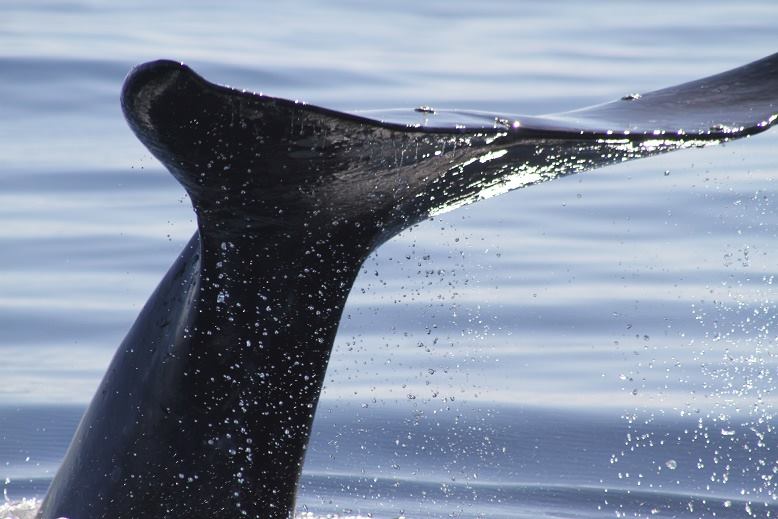 The New Year is here and that means whale watching! California Gray Whales are now making their annual migration south from Alaska to the warm-water Baja lagoons to give birth and nurse. Their passage is the longest known mammal migration measuring over 12,000 miles round trip and luckily for us San Diego sailors, that puts us right in line to take in the sights. The entire migration averages 2-3 months.

Harbor Sailboats offers private whale watching tours aboard our fleet of sailboats 28-45 feet. Enjoy an intimate and private setting aboard a luxurious sailboat with a modern design and a professional skipper. Your skipper will try his or her best to get you up close and personal with all the southern California marine life and create and unforgettable experience.

For current members or sailors, the best way to observe the whales aboard your sailboat is to head straight south out of San Diego Bay. There have been times in past years where whales were traveling right along the kelp line, but this is somewhat rare. If you don’t immediately find them, the best strategy is to head towards the Safe Water Buoy (#1) and really begin to look for signs. The whales typically travel in pods of 2-3 so keep your eyes focused for obvious spouts. Did you know Gray Whales have two blowholes? Another trick of the trade is to look for boats grouped together which would otherwise have no reason to really be near each other… These boats are looking at something and chances are this time of year, they’re seeing whales. Once you locate a pod, be mindful to respect the animals and keep your distance as to not disrupt their natural behavior (no closer than 100 yards). The best way to view the whales is to ‘run with them’ meaning to sail parallel in the same direction they are swimming (which should be south). The Grays usually swim at 5 knots so the boat speed vs their speed should pretty close. Remember to take pictures!

What do Gray Whales eat?

Gray whales are bottom feeders- they use their snouts and bodies to dislodge tiny crustaceans and other small organisms off the seafloor. This process stirs up the sea life in which the whale uses its baleen to filter in the food. A piece of gray whale baleen measures approximately 18 inches and is much like the human fingernail in consistency.

How big are Gray Whales?

Gray whales will grow up to 40 tons, measuring around 50 feet. Female Gray’s usually grow slightly larger than their male counterparts.

How many gray whales exist? Are they endangered?

Current estimates put these whales at about 20,000 worldwide. As a result of major international conservation efforts, California Gray Whales were removed from the Endangered Species List in 1994. Most of the world’s population resides in the Eastern Pacific but gray whales can also be found off the coast of Korea in large numbers. There have even been confirmed sightings in the Atlantic Ocean which suggests old breeding grounds from the 17th-20th century may beginning to be used again by rare Atlantic pods. The only known natural predator to the gray whale is a pod of killer whales.

What is a Gray Whale’s lifespan?

Give Harbor Sailboats  a call to arrange you whale watching tour aboard a new, modern and cleaning sailing yacht! 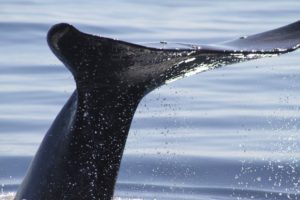